In the last year 70% of trunk roadworkers across Scotland have had their lives put at risk by motorists’ dangerous driving behaviour or have been subjected to verbal or physical abuse while they carry out essential maintenance and improvement works on the country’s key routes, a new survey has revealed.

Scotland’s three Trunk Road Operating Companies are now calling on road users to be patient and respect the work force who carry out essential road maintenance.

The Roadworkers Safety survey has been undertaken by Trunk Road Operating Companies BEAR Scotland, Scotland TranServ and Amey as part of a campaign in conjunction with Transport Scotland to speak up for roadworkers in Scotland.

Throughout the week-long campaign (24 June – 28 July), each Operating Company will highlight the statistics and real-life accounts and experiences from their teams.

The key findings of the 2019 Roadworker Safety survey taken from across almost 400 industry employees include:

To try to counter these negative driver behaviours, CCTV body cameras have been deployed at some road work sites with additional signs installed at some locations to try and address the abuse and unsafe behaviour.

“Amey research in 2018 demonstrated that 61% of Scottish drivers appear to be wilfully ignoring road safety measures and driving recklessly through roadworks; even though the majority of them (89%) admit that being a road worker is a hazardous occupation. 77% admitted to regularly exceeding speed limits through road works. The travelling public would not want their own family put in harm’s way, and yet road workers also have families, loved ones and others who care for them; whose lives would be devastated if they were killed or injured simply doing their job.”

“We understand that no one likes to be held up, however the behaviour of a small minority of road users is completely unacceptable. No one should have to experience unsafe or reckless behaviour in their workplace.  It is extremely disappointing to see the level of abuse and negative driver behaviour our teams have faced in the past year when they are doing their job in carrying out essential works to keep the trunk roads running safely.”

“More than two-thirds of our employees work on the trunk roads in the south west of Scotland every day. Their accounts of dangerous driving and the missiles thrown at them are concerning. While it is the minority of drivers who are responsible for such behaviour, it should not be tolerated in any shape or form on our trunk roads or elsewhere in our society. Our operatives are real people, with real lives and real families; families who want their dad, their husband and their son to come home safely at the end of the working day.”

“Those working to fix and improve our roads deserve our respect rather than the shocking abuse many are often subjected to. Anyone who abuses road workers, either physically or verbally, should be reported to the police. We urge motorists who witness this kind of behaviour from others to remember the number plate of the offending vehicle and then to get in contact with the police.”

“Respecting the safety of those working close to ‘live traffic’ is essential. Everyone is entitled to feel and be safe on our roads and especially individuals who are more exposed than those driving. Essential works undertaken on our roads benefit all, and these cannot always be achieved without limited disruption.”

“Roadworks may be unpopular but they are absolutely vital to ensure that our roads are kept safe and fit for purpose.  Mutual respect on our roads is essential and this must extend to those working hard to improve and repair them so we can all enjoy smooth trouble free journeys in the future.  Incidents like these just add to delays and a little patience goes a long way in reducing stress for everyone using and working on our main routes.”

Richard Jones, Head of Policy and Public Affairs at IOSH, the Institution of Occupational Safety and Health, concluded:

“These findings about dangerous driving and the abuse of road workers by motorists are still shocking and unacceptable, with more injuries reported in this year’s figures despite an overall decline.

“Road workers – like all of us – have the right to safe and healthy working conditions for their essential and difficult work and we urge all road-users to support them and this campaign.”

Look out for the campaign hashtag on social media - #RoadworkerSafety – to help spread the word from June 24 – July 1. 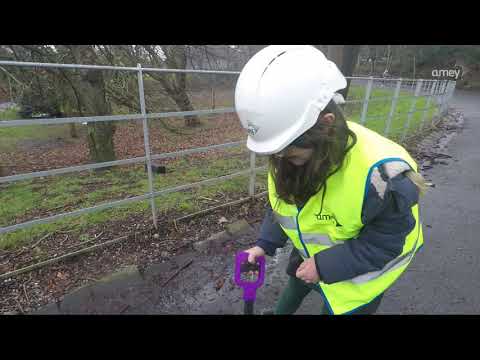